After the debut in 2019 of «27dollari, multimedia chamber opera» at Teatro della Fortuna in Fano, an opera freely inspired by Nobel Peace Laureate Professor Muhammad Yunus' first book "Banker to the poor", about the origin of microcredit and the dream of "segregating poverty in museums",

we decided to accept this new challenge. Another social issue: workplace deaths.

The production of «27dollari, multimedia chamber opera» had the support of important partners who showed their trust in our working group. Nobel Prize Muhammad Yunus, attending the audience in Fano, spent words of sincere appreciation and gratitude for the artistic and cultural value of the project. The partners also reconfirmed their interest in NO CRASH.
©foto Bartolo Sicari 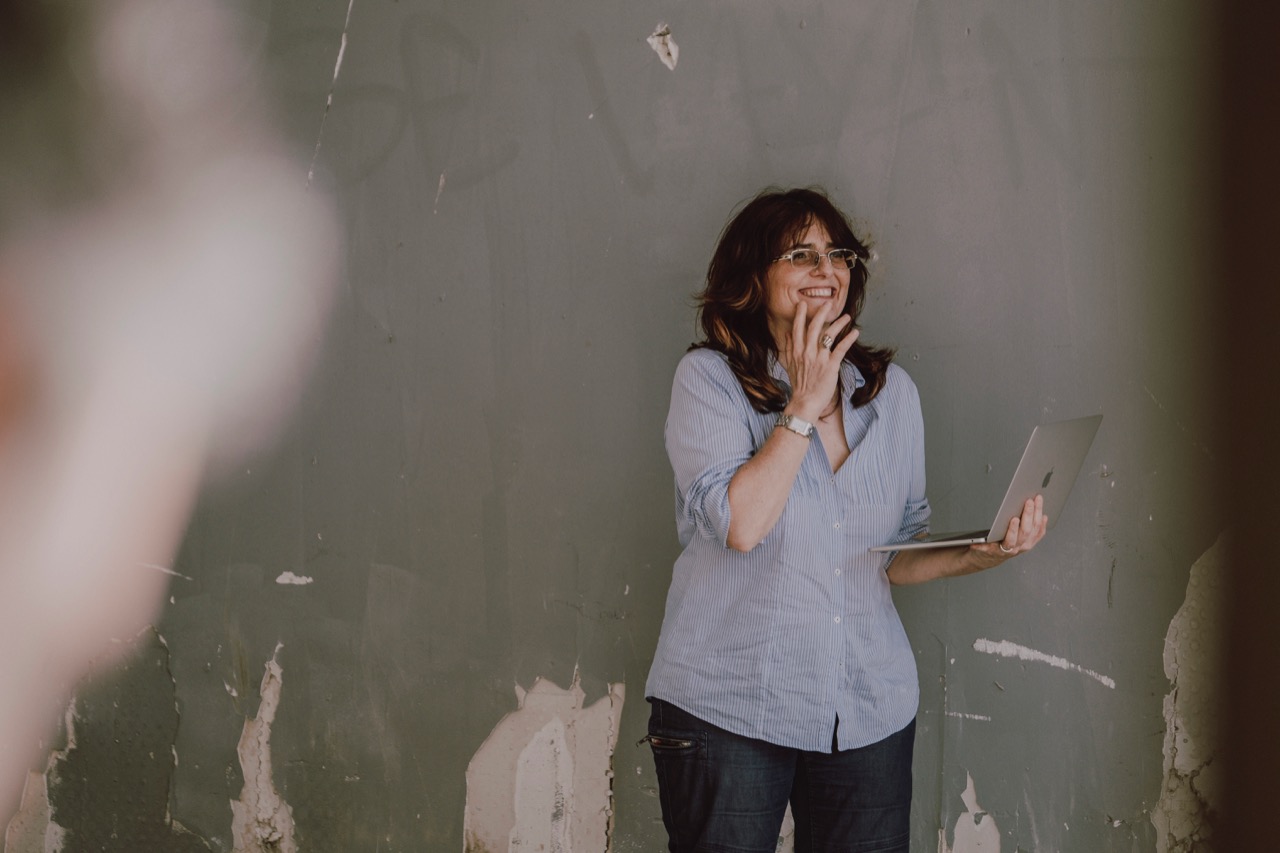 Paola Samoggia, Imagem Srl
music and artistic direction
After the debut in 2019 of «27dollari, multimedia chamber Opera» her own composition and creation, a project she strongly wanted to translate into music issues as poverty, usury, violence against women, and the importance of work as a tool of life,
NO CRASH represents another social issue to raise awareness through emotions.
Once again, a reflection on Dignity as an inalienable value, especially at work, where many of the soul's vulnerabilities converge.
This idea was born after the Thyssen tragedy in 2007 and has been waiting for an opportunity to be realised ever since.
www.paolasamoggia.com
www.imagem.it 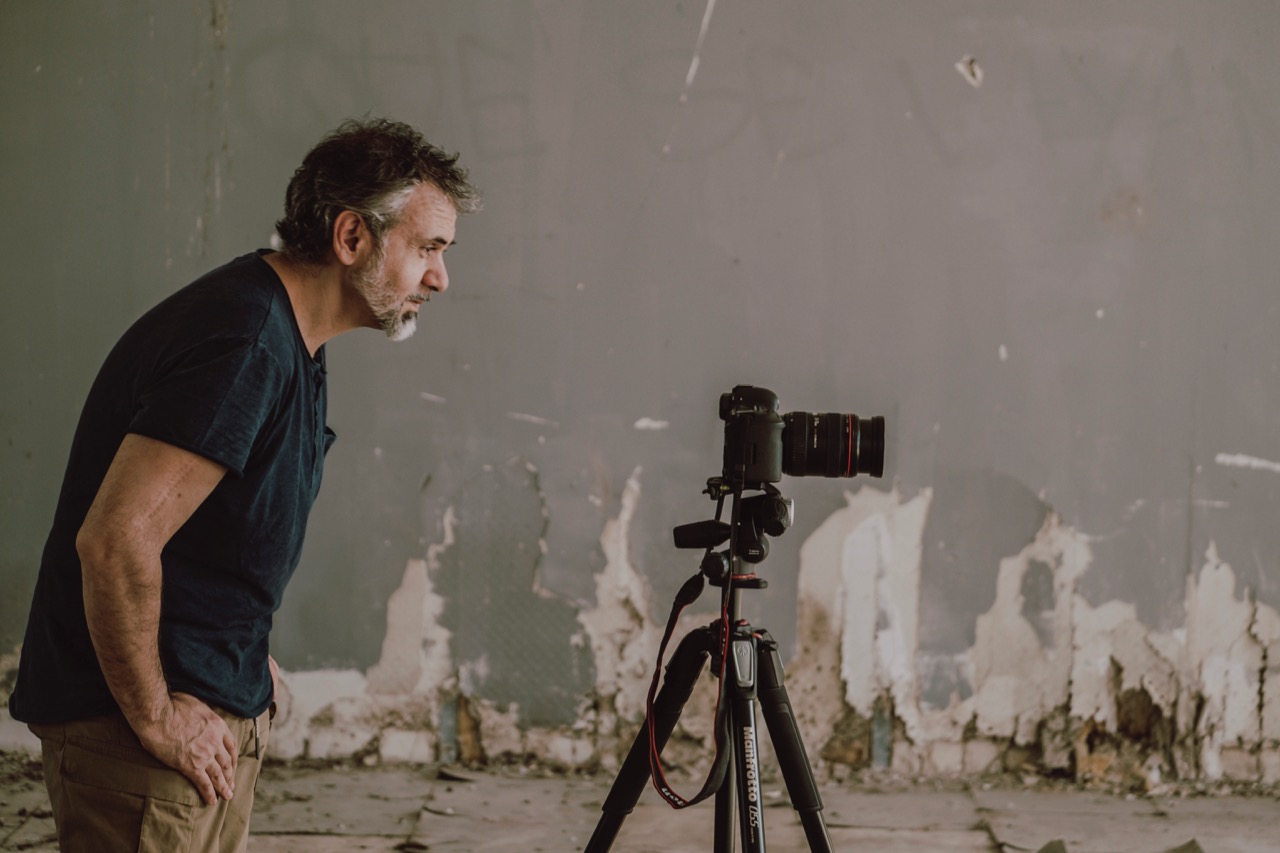 Carlo Magrì, Imagem Srl
direction, photography and video editing
NO CRASH is a project that combines architectural space, music and dance in a complex way.
It is the encounter between a place and a project that immediately revealed itself to be full of poetic coincidences, starting from the title, found "by chance" on the walls of the building. It was enough to read on the walls to find the basic topics that make up the project: suffering (rash), death (ash), money (cash), the accident (crash).
It's all there, in a word, in a space, in a gesture, in a sound.
www.magridesign.com
www.imagem.it

Giuseppe Spinelli
choreography and dance (video No Crash)
My idea of research started from a sad and not isolated historical accident at work in our country. Information and testimonies gave me the opportunity to improve my knowledge about the issue of workplace deaths, which unfortunately continues to be current. Among the fundamental references for the choreographic creation, I consider as protagonists those sheds and factories that house machinery, scaffolding, deafening or repetitive noises, specific smells and temperatures.
In addition to these sensitive elements, I think about the working man fitting into the context and becoming an integral part of a robotic, compulsive and alienating assembly line. This context provides me to empathise with the daily process workers are subjected, and considering the starting idea, to reflect on the real safety conditions at work.

Finally, I thought about my training as a dancer, the study of a discipline, mastering a technique, internalising a form or an aesthetic code. I easily associated this personal experience with the idea of dance and creative research. This last reflection reminded me of the thin line between the dancer-athlete, perfectly reproducing forms and aesthetic codes, and the dancer-artist, exploiting and transforming that code into an absolutely personal product. How does this reflection fit into the original choreographic research? The answer is simple: in the dichotomy between the man who dances the machine and the man who dances the personal need to claim his own humanity. 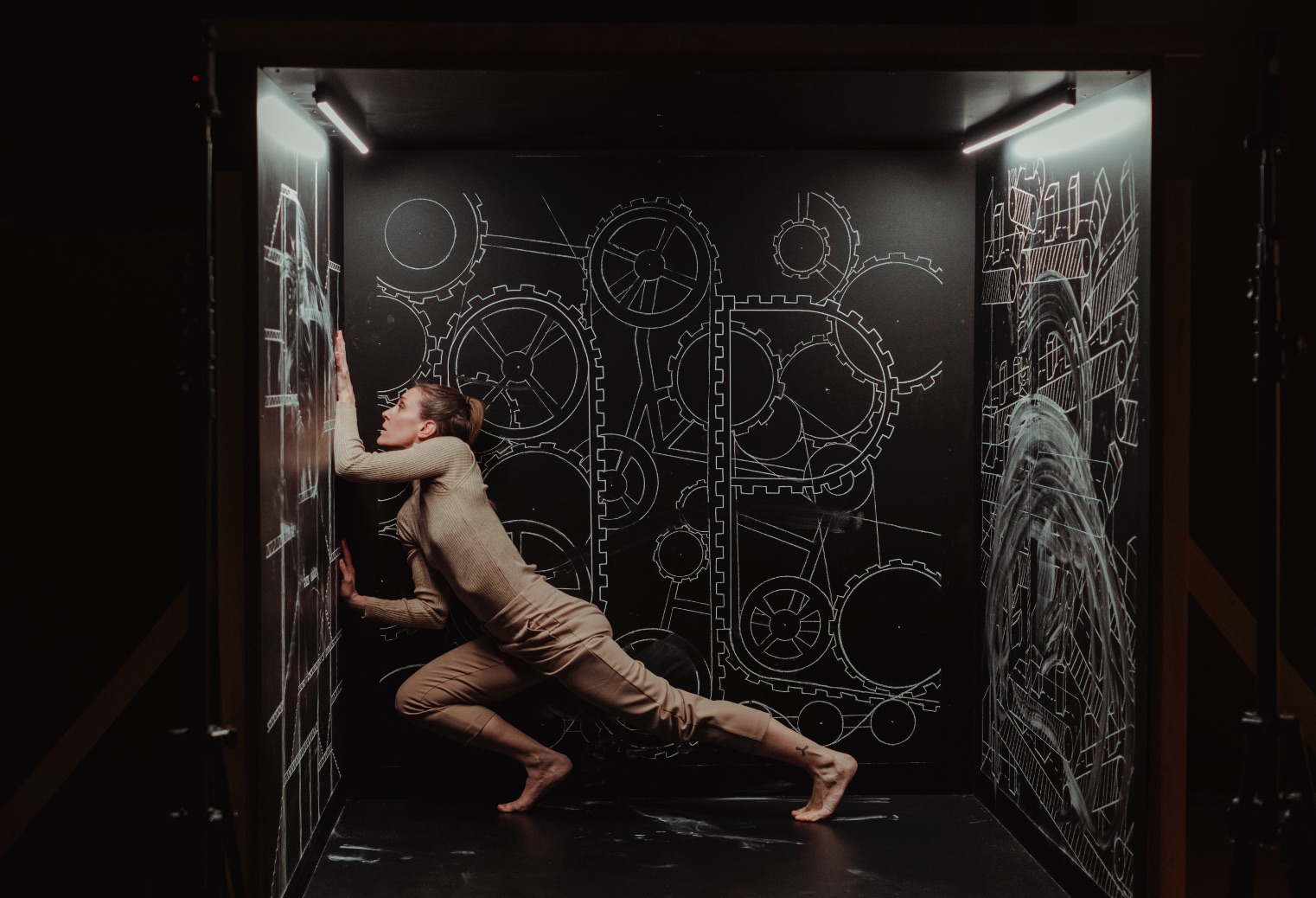 Lucia Vergnano
coreografia e danza (video Hope)
As a woman, a mother and a dancer, I felt very close to this project.

Too often we have to make compromises at work and follow rules that do not meet our real family needs, especially during this difficult historical moment.

I imagined a tired but also pro-active mind that never stops getting up, trying again and fighting.

A mind that would like to scream but does not do so for fear of losing its job.

A mind that still hopes for a better future where every job and every worker will be granted equal dignity and value.

The choreography is my personal research about safety at work, not only physical but also psychological.

A safety that is still underestimated and has not been discussed enough, but which could have strong repercussions on society in the future. 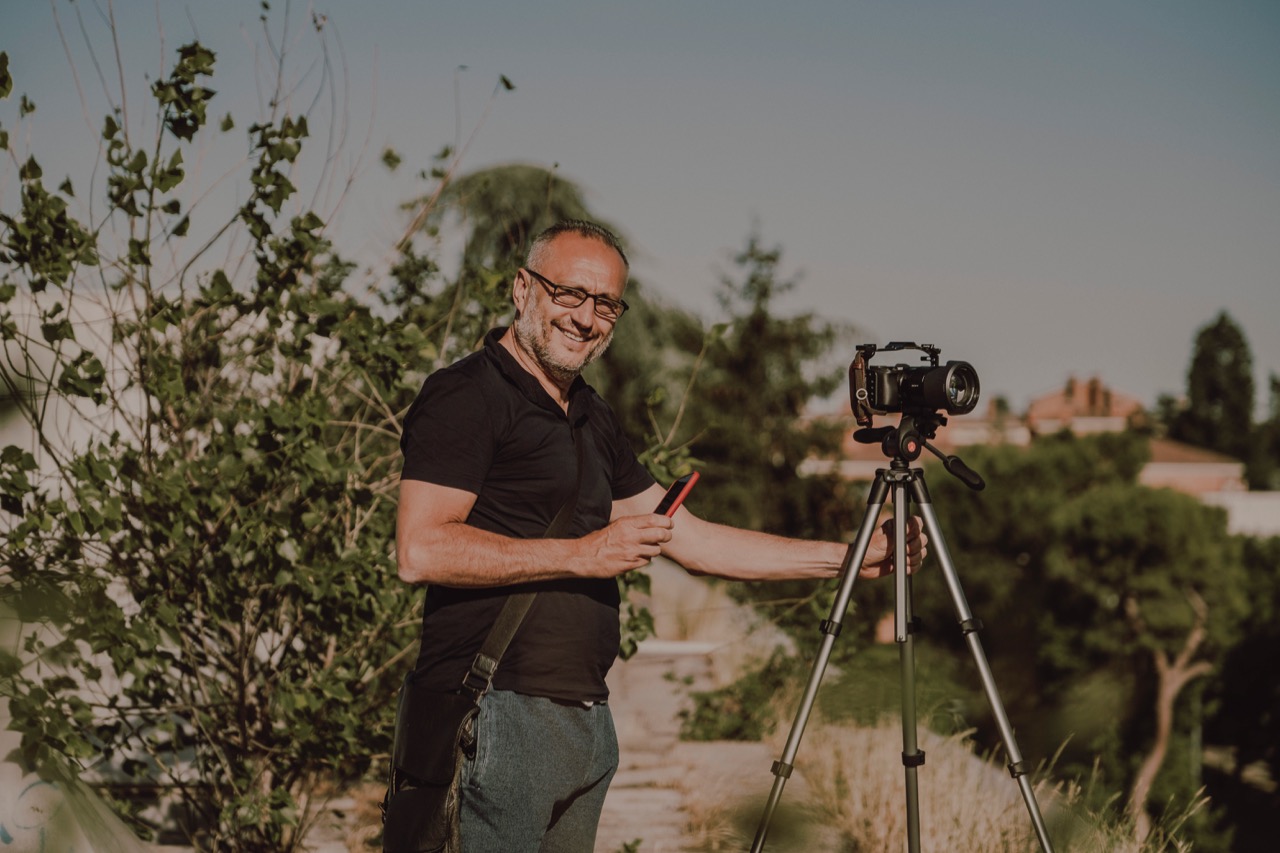 Stefano Gilioli, Master &Co.
cameras and drones
Following the participation in 2019 to "27dollars, multimedia chamber opera", both in studio shooting performing the virtual acting in the opera, then in video recording of the performance, a statement for NO CRASH:
"This project immediately excited us because of its ability to convey incredible emotions. Together images and music are able to give us wonderful emotions."
www.masterandcovideo.it 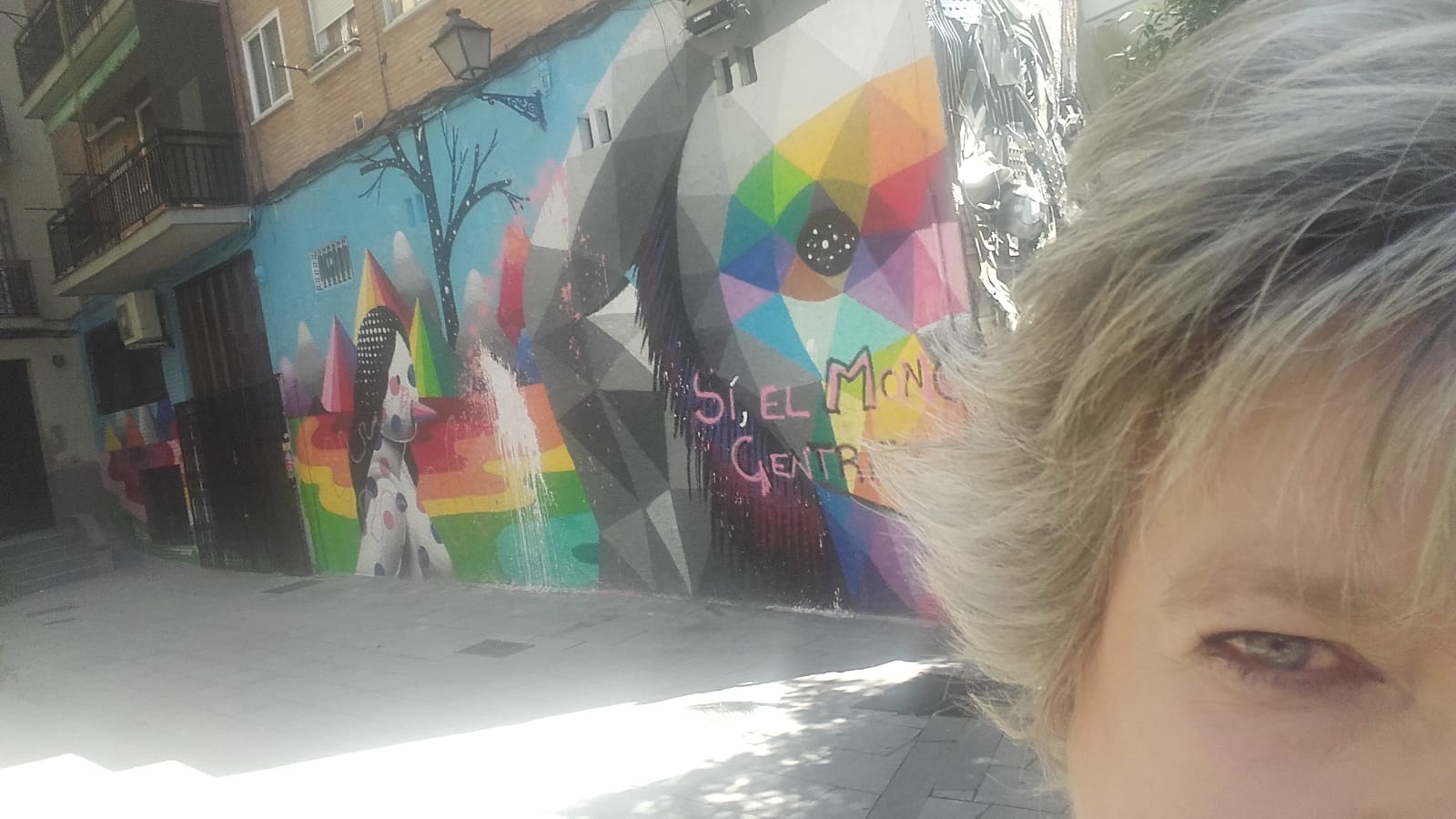 Rita Forlani
screenplay of the original project (30 minutes)
DFollowing the 2019 debut of «27dollari, multimedia chamberOpera» for which she created the libretto,

We do not resign, nor do we accept it.
And above all: we do not forget.
production secretary _ Isabella Amidei e Paola Fabbri

International relationship _ Alessandra Bonzi
thanks to

Imagem consists of a team of architects, engineers, graphic designers, photographers and composers, able to follow with the right skills all phases of a multimedia work, from its creation to its modeling, from animation to the original soundtrack.
Thanks to this particular multi-disciplinary approach, the Imagem team can easily navigate the various areas of communication and marketing, always guaranteeing original and never conventional results, in which creativity finds the right balance with the necessary technical knowledge, with the expressiveness and emotion, for a blend that guarantees the best result at the service of your ideas.
www.imagem.it

powered by chipslab.net
Privacy policy
This page will describe management of our web site as regards processing the personal data of users that visit us.
This information is provided - also in pursuance of Section 13 of Legislative Decree no. 196/2003 - to any entity having to do with the web-based services that are made available on our web site.
The information provided only applies to our web site and does not concern any web sites that may be visited by an user via external links.
The information provided is also based on the guidelines contained in Recommendation no. 2/2001, which was adopted on 17 May 2001 by the European data protection authorities within the Working Party set up under Article 29 of European Directive 95/46/EC in order to lay down minimum requirements for the collection of personal data online - especially with regard to arrangements, timing and contents of the information to be provided by data controllers to users visiting web pages for whatever purpose.
The above Recommendation as well as a summary of its purposes can be found in another section of this site.

Data Controller
Visiting this site may result into the processing of data concerning identified or identifiable persons.
The data controller is Imagem Srl, with registered office in Via Saragozza 19 - 40123 Bologna.

Place Where Data Is Processed
The processing operations related to the web-based services that are made available via this website are carried out at the aforementioned office of Imagem Srl exclusively by technical staff in charge of said processing, or else by persons tasked with such maintenance activities as may be necessary from time to time.
No data resulting from web-based services is either communicated or disseminated.
Any personal data that is provided by users requesting to be sent information materials such as bulletins, CD-ROMs, newsletters, annual reports, answers to questions, decisions and sundry provisions, etc. is only used to provide the service and/or discharge the tasks requested and is disclosed to third parties only if this is necessary for the said purposes.

Categories of Processed Data
Navigation Data
The information systems and software procedures relied upon to operate this web site acquire personal data as part of their standard functioning; the transmission of such data is an inherent feature of Internet communication protocols.
Such information is not collected in order to relate it to identified data subjects, however it might allow user identification per se after being processed and matched with data held by third parties.
This data category includes IP addresses and/or the domain names of the computers used by any user connecting with this web site, the URI (Uniform Resource Identifier) addresses of the requested resources, the time of such requests, the method used for submitting a given request to the server, returned file size, a numerical code relating to server response status (successfully performed, error, etc.), and other parameters related to the user's operating system and computer environment.
These data are only used to extract anonymous statistical information on website use as well as to check its functioning; they are erased immediately after being processed. The data might be used to establish liability in case computer crimes are committed against the website; except for this circumstance, any data on web contacts is currently retained for no longer than seven days.

Data Provided Voluntarily by Users
Sending e-mail messages to the addresses mentioned on this website, which is done on the basis of a freely chosen, explicit, and voluntary option, entails acquisition of the sender's address, which is necessary in order to reply to any request, as well as of such additional personal data as is contained in the message(s).
Specific summary information notices will be shown and/or displayed on the pages that are used for providing services on demand.

Cookies
No personal data concerning users is acquired by the website in this regard.
No cookies are used to transmit personal information, nor are so-called persistent cookies or user tracking systems implemented.
Use of the so-called session cookies – which are not stored permanently on the user's computer and disappear upon closing the browser – is exclusively limited to the transmission of session ID's – consisting of server-generated casual numbers – as necessary to allow secure, effective navigation.
The so-called session cookies used by this website make it unnecessary to implement other computer techniques that are potentially detrimental to the confidentiality of user navigation, whilst they do not allow acquiring the user's personal identification data.

Optional Data Provision
Subject to the specifications made with regard to navigation data, users are free to provide the personal data either to be entered in the application forms submitted to the Office or referred to in contacting the Office to request delivery of information materials and other communications.
Failure to provide such data may entail the failure to be provided with the items requested.
For completeness' sake, it should be pointed out that in some cases – which are not the subject of the standard management of this website – our Authority may request information pursuant to Section 157(1) of Legislative Decree no. 196/2003 with a view to supervising the processing of personal data. In these cases it is mandatory to comply under penalty of administrative penalties.

Processing Arrangements
Personal data is processed with automated means for no longer than is necessary to achieve the purposes for which it has been collected.
Specific security measures are implemented to prevent the data from being lost, used unlawfully and/or inappropriately, and accessed without authorisation.

Data Subjects' Rights
Data subjects are entitled at any time to obtain confirmation of the existence of personal data concerning them and be informed of their contents and origin, verify their accuracy, or else request that such data be supplemented, updated or rectified (Section 7 of Legislative Decree no. 196/2003).
The above Section also provides for the right to request erasure, anonymisation or blocking of any data that is processed in breach of the law as well as to object in all cases, on legitimate grounds, to processing of the data.

All requests should be emailed to info@imagem.it.